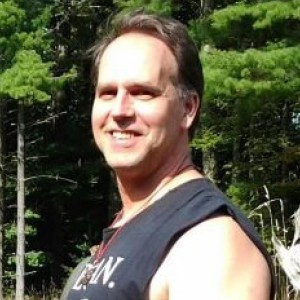 There’s a beautiful Sanskrit word, ‘Dhvani’ which means, a moment that you’ll always remember, that will reverberate throughout your whole being for as long as you live. I collect these moments and I hope that you do as well. The more you pay attention, the more you notice, the more Dhvanis you’ll have, the more delight you’ll find in our world.

One day this past fall I was watching the birds feed in my backyard when I noticed a ‘new’ bird, bigger than a mourning dove, he looked like a small chicken. I got my binoculars and saw that there were a pair. It took a while to look them up in the guidebook as I’m not that proficient in identifying birds, I just learn a few new ones as they show up in the yard. Turns out I have bobwhites. How exiting!  I scooped up some finch seed and headed out to meet the newbies. I crept around the corner softly calling to them, while lightly tossing some of the seed over to them.

They cooed and called and accepted my offering.  Overjoyed, I got a little closer and these guys are just awesome!  the next day I went out to find my new friends and met the whole family. I scattered a bunch of seed under the dappled shade of the majestic  twin Japanese Maples that my hammock is strung between, The bobwhites gathered around and started feasting. There were twelve of them, and they have a sweet endearing song as they do this little moonwalk move to scratch in the leaves and reveal the morsels.

Once they had their fill one by one they started to bathe in the super-dry soil under the trees. I pulled up a chair and watched them crawling all over each other becoming one swarming mass of bliss. After their bath they each found a spot of sunshine and settled in for a nap. I closed my eyes and joined them in meditation. We were there, together in silence for at least twenty minutes. The leader awoke, peeped a little song and they all got up and followed him into the forest. Farewell my new friends, please come back soon!

So that my friend is one of my best Dhvanis of 2018. I hope that you enjoy the videos I was able to take. If this comes to you by email, you need to click on the link in the email to see the videos.

I read a bit about the bobwhites and learned that they used to be prolific around here, and in some places they are making a comeback.(and they eat ticks!)

I hope that you can get out into nature and receive her gifts. I believe that we are swimming in Dhvani’s all the time, and all we have to do is just have a look around.